Version Control System (VCS) may seem foreign cocept to few designers but it is widely used in developers community arround the world. Version control system gives you power to work with multiple people (developers, designers) on the same code. Revision control is an excellent way to combat the problem of sharing files between co-workers. You don’t have to upload your files, email files so that other co-worker use if you are using version control.

Designers and developers can both benefit from using revision control systems to keep copies of their files and designs. You can instantly browse previous “commits” to your repository and revert to earlier versions if something happens. Subversion is probably the version control system with the widest adoption. Most open-source projects use Subversion as a repository because other larger projects, such as SourceForge, Apache, Python, Ruby and many others, use it as well. Google Code uses Subversion exclusively to distribute code.

CVS is the grandfather of revision control systems. It was first released in 1986, and Google Code still hosts the original Usenet post announcing CVS. CVS is the de facto standard and is installed virtually everywhere. However, the code base isn’t as fully featured as SVN or other solutions.

The learning curve isn’t too steep for CVS, and it’s a very simple system for making sure files and revisions are kept up to date. While CVS may be an older technology, it’s still quite useful for any designer or developer for backing up and sharing files.

Tortoise CVS is a great client for CVS on Windows, and there are many different IDEs, such as Xcode (Mac), Eclipse, NetBeans and Emacs, that use CVS. 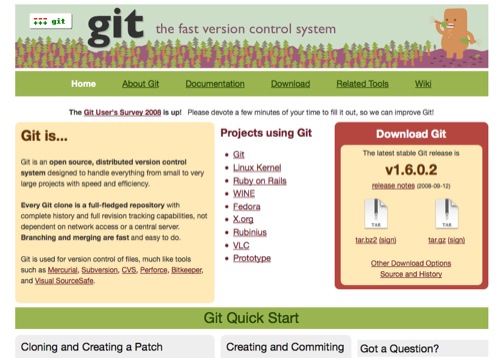 Git prides itself on being a fast and efficient system, and many major open-source projects use Git to power their repositories; projects like:

has recently helped establish Git as a great version control system, providing a beautiful front end for many large projects, such as Rails and Prototype. However, Git isn’t as easy to pick up as CVS or SVN, so it’s much harder to use for a beginner. 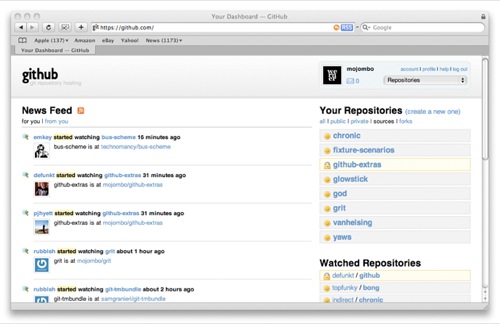 Bazaar is yet another distributed version control system, like Mercurial and Git, that offers a very friendly user experience. It calls itself “Version control for human beings.” It supports many different types of workflows, from solo to centralized to decentralized, with many variations in between.

One of the main features of Bazaar is the fine-grained control you’ll have over the setup. As shown with the workflows, you can use it to fit almost any scenario of users and setups. This is a great revision control system for nearly any project because it’s so easy to modify. It’s also embeddable, so you can add it to existing projects.

Bazaar also has a strong community that maintains things like plug-ins and lots of third-party tools, such as GUI software to add a graphical interface to the system. 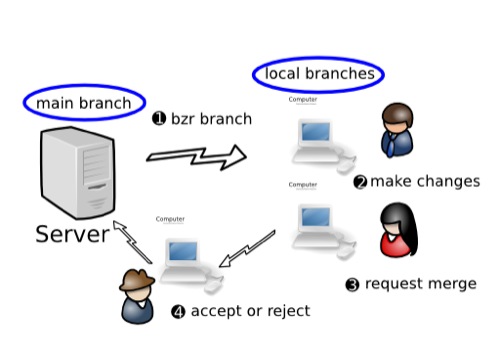 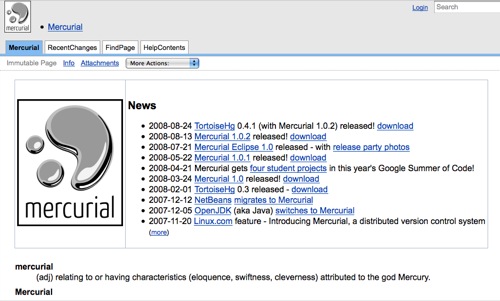 Mercurial is another open-source distributed version control system, like Git. Mercurial was designed for larger projects, most likely outside the scope of designers and independent Web developers. That doesn’t mean that small development teams can’t or shouldn’t use it. Mercurial is extremely fast, and the creators built the software with performance as the most important feature. The name “mercurial” is an adjective that means “Relating to or having characteristics (eloquence, swiftness, cleverness) attributed to the god Mercury.”

Aside from being very fast and scalable, Mercurial is a much simpler system than Git, which is why it appeals to some developers. There aren’t as many functions to learn, and the functions are similar to those in other CVS systems. It also comes equipped with a stand-alone Web interface and extensive documentation on understanding Mercurial if you have been using another system.

LibreSource is a Web portal used to manage collaborative projects. It’s based on Java/J2EE and is more a set of visual collaborative tools to help facilitate projects and teams. While the other systems discussed so far have been designed more on a “command line” level, LibreSource is centered more on tools that don’t have a big learning curve.

LibreSource is perfect for the developer or designer who doesn’t want to learn lots of technical jargon and wants to focus more on communication with the project’s members. Just install the package and start collaborating, without facing much of a learning curve. Monotone is the baby of the distributed revision control bunch. While many of Monotone’s peers focus on performance, Monotone places higher value on integrity than performance. In fact, it can take quite a bit of time for a new user of Monotone to simply download the initial repository due to the extensive validation and authentication required.

Monotone is fairly easy to learn if you’re familiar with CVS systems, and it can import previous CVS projects. However, it’s not quite as popular as other version control systems.

Coutesy: Smashingmagazine: Shout me your experiences with the above applications their pros and cons. If you like this post kindly subscribe to our RSS for free updates and articles.