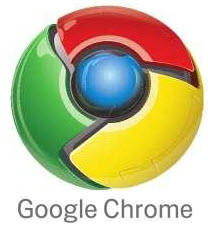 Google Chrome is a stand-alone web browser and therefore has to compete with browsers like Internet Explorer, Firefox, Opera and Safari. Fact is without Google Chrome, Silverlight would have a far larger chance of success. Now however with the V8 JavaScript engine Google can make sure that JavaScript is just as fast as .Net code in the browser since it’s almost the exact same technology. Both .Net and V8 are JIT compilers which compiles the code down to machine code and then executes it which means that JS will be “as fast” as Silverlight code.

In addition by pushing an extremely great browser Google will have the chance of stopping and degrading the feeling of quality of Silverlight applications. They will also reduce the number of Outlook users since now “GMail feels better”. They will also be able to have a “better Office Experience” than Microsoft Office installed natively on the desktop. They will also be able to reduce the number of people which are using Windows since when Office and Outlook “goes” most people will be more than happy with either Apple or maybe even Linux, and so on. And when Microsoft looses revenue, Google earns revenue. In addition to getting rid of their worst competitor. The list goes on into infinity…

Google Chromes main goal is (according to Google) an other goal than that of other browsers: Highly AJAXed Javascript “web applications” shall run faster and more safe with Google Chrome, thus enabling a new era of web based applications like Google Maps, Google Mail or others. Time to look at speed and compatibility issues with more complex applications, even though the browser is stated as a “Google beta”. Again.

Following are some testing results

Of course, we’ll have to mention the tests given out by Google itself that shows JavaScript speed in Chrome is many times faster than in all other major browsers: IE, Firefox and Safari.

Anyway, they are tests guided by Google and I suspect that they seem be optimized toward the best of V8. So, the better way to see how good V8 perform in action is to run tests with popular JavaScript libraries like JQuery, Prototype, Dojo, Mootools, YUI which are being used in most of web applications in real world.

In a typical web application, JavaScript is mainly used for DOM selection/ manipulation rather than for heavy calculation. That’s why all libraries try to optimize DOM selection speed for (said) faster application.

To have practical view, I decided to run Mootools’ SlickSpeed tests on Google Chrome 0.2 in comparison with Firefox 3.0.1, Safari 3.1 (Windows), IE6, Opera 9.5 and especially on the nightly build of Firefox 3.1b1pre with Tracemonkey — Mozilla’s recent effort to integrate Tamarin tracing into the existing SpiderMonkey JavaScript engine — enabled and disabled. Here are the results:

It turns out that Google Chrome reached 6th place ahead the poor IE6 only, 49% slower than the fastest browser: Opera 9.5. Firefox 3.1 has not proved faster than the previous version in the tests, even enabling JIT engine made the results worse. (I acknowledge that it’s just pre-release beta version and Tracemonkey is not designed for optimizing DOM manipulation).

Some other conclusions we can get out from the above results (ruling out IE6 which falls far behind others in all tests) are:

Though DOM selector test does not tell everything about how fast a JavaScript engine is in real-world browsers, it brings out another aspect you may want to consider over what Google is advertising about V8 and Chrome.

Some are saying Google Chrome has serious memory & CPU issues but we our self have to figure that out.

The Google Chrome was INEVITABLE and just a proof of how extremely smart the strategy guys at Google really are and the size of the “battle” Microsoft is really heading for. Though in that battle we get better products for FREE.

I would love to hear your thoughts on this. Please post your comments below. If you liked this article please subscribe to our RSS for more..